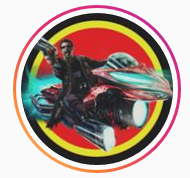 While we’re still working on the recordings for our first full album, preparations for next year are under way as well. And we’re starting off with a real treat, because in late January, we’ll set out for our longest trip yet to play in Hamburg for the very first time! On the 28th, we’ll share the stage with Alpha Tiger, Rayder and Detraktor acting as local support.

Afterwards, it’s our turn to support others, which we’ll do much closer to home. Come February 18th, we’re playing at dasHaus in Ludwigshafen, along with our friends in Sensles and Toxik Shokk, opening for French shooting stars Hammer King.

Along with the shows announced earlier, this yields this schedule for next year (so far):

We aten’t dead! (as Granny Weatherwax would put it)

Well, admittedly, our website has been a bit neglected these last few weeks, but we were far from idle. Playing nine concerts in three months almost qualifies as a tour, doesn’t it? We’ve once again met loads of nice people and kick-ass bands on the road, roamed all over southern Germany, and it was certainly worth it. Now almost all of these gigs are done, with just the grand finale at MISE Open Air remaining, so we’d like to thank all the old and new folks, friends and fans for an amazing time. And in order to do this, we proudly present this live video of our band anthem, recorded last Saturday:

Should you now be completely psyched all over again, just come along to M:O:A and celebrate the closing of our little spring “tour” with us! And then we’ll take it from there – no rest for the wicked. We’ll keep you posted!

Long time without news, but we were far from idle – so we can now announce the first live dates for 2016!

On April 16th, we have the honour of playing at Deaf Forever Mag’s official community concert, for the second time in a row. We’re looking forward to returning to Neukirchen in Hessia, this time to rock the house alongside Imperious, Lord Vigo and Profet.

Up next will be our first Open Air gig for next year’s season, which will take place not that far from Neukirchen: We will be playing at MISE Open Air, located in Büßfeld, also in Hessia. From May 26th to May 28th, international underground bands such as Evil Invaders, Alltheniko, Dust Bolt, Purify, and of course the ever-popular TBA (so stay tuned, we’ll keep you updated) will get together at this underground festival. Tickets are lousy 20€ until Christmas Eve (just in case any of you happens to be in Germany around that time) and can be ordered at the festivals official homepage.

So much for the moment. We’re working on more gigs for 2016, so keep an eye out. Unfortunately, those will be only in Germany so far, so if you’ve got something for us abroad, get in touch. So long!

We’re proud to announce that our Homepage is now available in english to satisfy our internaional fans.